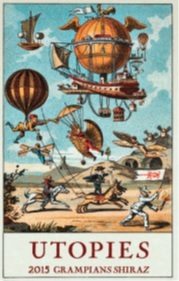 Its true to say that neither wine sales nor brand development are well served by ambiguity. But I’m conflicted – almost bipolar – on a few issues. Let me explain.

Firstly, sparkling wine. The great oenological money pit. I love bubbles, love the detail and intricacy of the process. I love the alchemy of bottle age, and the slow anticipation of waiting to see how it turns out. I love the complexity in the glass and I love the sense of occasion. And so I’m truly delighted to release this 2010 Circe Blanc de blancs.

END_OF_DOCUMENT_TOKEN_TO_BE_REPLACED

The Côte des Blancs is an East-facing hillside to the South of Epernay famous for growing Chardonnay. It includes many Chardonnay Grand Crus, and villages famed for wine quality such as Cramant, Avize, Oger, Vertus, and the esteemed Le Mesnil-sur-Oger. In terms of quality and price, these constitute some of the most preciousterroirs anywhere on Earth. Or at least parts of these villages do, since the Champenois cru system allows all vineyards within a village to be considered of equal status, regardless of individualterroir[1].

END_OF_DOCUMENT_TOKEN_TO_BE_REPLACED

Last year, the Comité Interprofessional du vin de Champagne (CIVC) permitted the beginning of harvest in parts of Champagne on the 19thAugust. This was just one day later than the previous record early start of 2003, and among a string of early-start records for the region. Prior to that, harvest had not been this early since 1822.[1]

END_OF_DOCUMENT_TOKEN_TO_BE_REPLACED

There has been a revolution in wine technology and you have missed it. It was not televised.

END_OF_DOCUMENT_TOKEN_TO_BE_REPLACED

Pigeage (Fr.) – A winemaking technique of punching down the cap of grape skins that forms during the beginning of the wine’s fermentation. This is done several times a day, occasionally more frequently, to extract color, flavor, and tannin from the fermenting juice. (e-robertparker.com)

I was first asked to take off my pants in a winery in 1997 at Coldstream Hills. Let me explain.
They have a long tradition there of fermenting the Amphitheatre Block 4 (as I recall) as 100% whole bunches, as a parcel to include in the Reserve Pinot Noir. At least they did then.
END_OF_DOCUMENT_TOKEN_TO_BE_REPLACED

Vintage kicked off last week on the 15th March with an acre of Chardonnay at Hillcrest Road destined for sparkling – the 2011 Circe Cuvee Blanc de Blancs. Whole bunch pressed, we will bottle 1600 bottles, making this one of the smallest Single Vineyard cuvees of high quality sparkling in the country. It will be years on lees before release.

END_OF_DOCUMENT_TOKEN_TO_BE_REPLACED

It’s my belief that, after all the things we were taught at Winemaker’s University, there are really only a few things you can control in the end.

I’m starting to think similarly about parenting.
But, with winemaking, we can distil things down to a simple formula: growing grapes, harvesting them, fermenting them, maturing the wine and bottling.

END_OF_DOCUMENT_TOKEN_TO_BE_REPLACED

In a recent conference in the UK on “Food and Farming Futures”, Jules Pretty (co-Vice Chancellor at the University of Essex) called for a stop to the bickering between “conventional” and “organic” farming communities. Time to work together. Certainly, for Australian fine wine viticulture, its time to work together, to blur the boundaries openly.

My background is not only science, but it’s to science I turn for technical solutions. It’s the longstanding alternative medicine argument, only applied to food (and grape) growing – alternative medicine is great, but only for certain ailments. For worse conditions, best see a doctor. I’m happy to take Echinacea for a mild cold. For thyrotoxicosis, I’ll see my endocrinologist. More on this later, but for the moment a brief look at the background of agricultural chemical use.